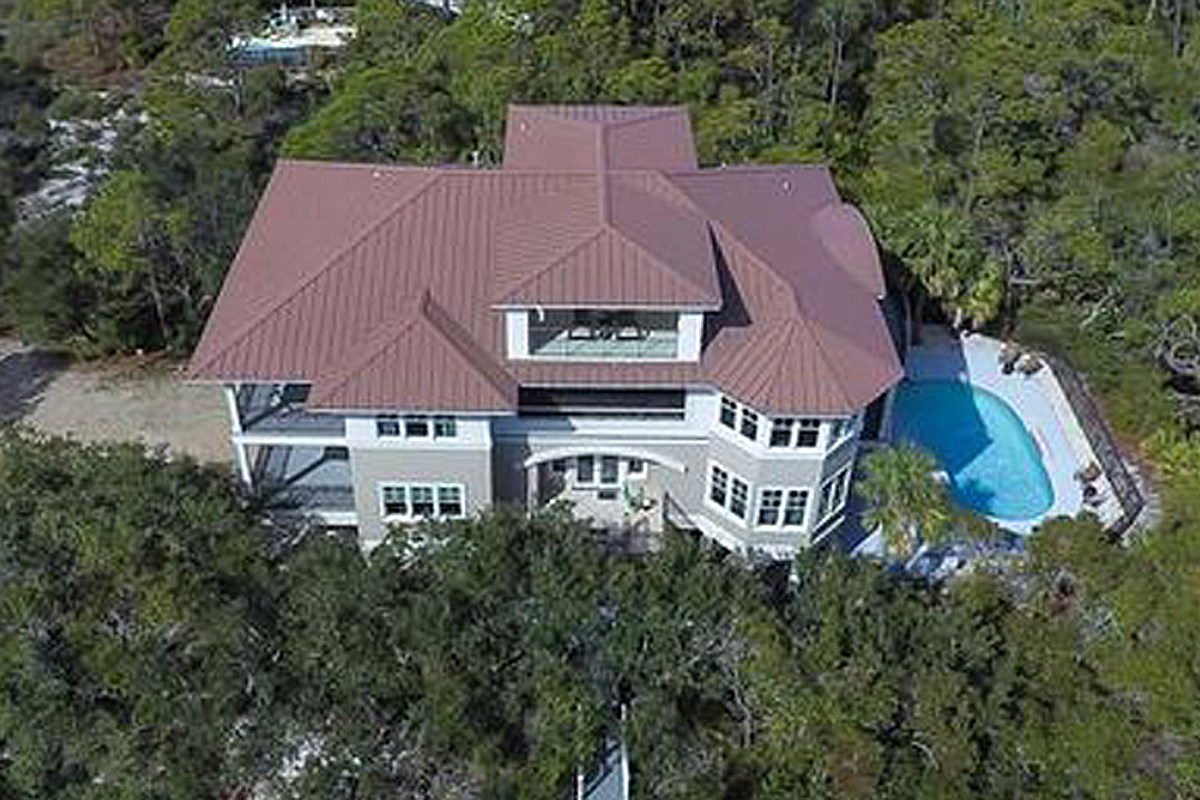 Jason Aldean has sold his spectacular beach house in Florida for $2.375 million, and according to pictures and property records, the place was worth every penny and more.

Realtor.com reports that Aldean and his wife, Brittany, purchased the 4-story luxury beach house on Saint George Island, right along the Gulf of Mexico, for $1.8 million in 2015, and they listed it for sale in February of 2020 for $3,295,000.

The 7-bedroom, 8 1/2 bathroom beach mansion boasts a total of 6,983 square feet of living space. Four of the bedrooms are complete master suites with their own bathrooms, and two children’s suites feature built-in bunk beds, playrooms and their own separate bathrooms.

The house is situated in an exclusive private, gated community called St. George Plantation. Built in 2006, it also features a large screened porch and a private pool, and the luxurious home sits just 350 feet from the beach.

The superstar has made some major real estate moves in recent years. He previously owned a massive 4,000-square-foot rural estate on 1,400 acres southwest of Nashville, which he listed for sale for $4.6 million in 2017, and he and Brittany also sold their primary residence, a one-of-a-kind rural castle, for $7 million in 2019.

The couple also spent several years building their dream home on a piece of rural land somewhere outside of Nashville, and they moved in June, sharing pictures on social media of a vast modern mansion that looks like a luxury resort, featuring its own bowling alley and a pool area that looks like it belongs at a water park. The total square footage of that house and its price tag are not a matter of public record.