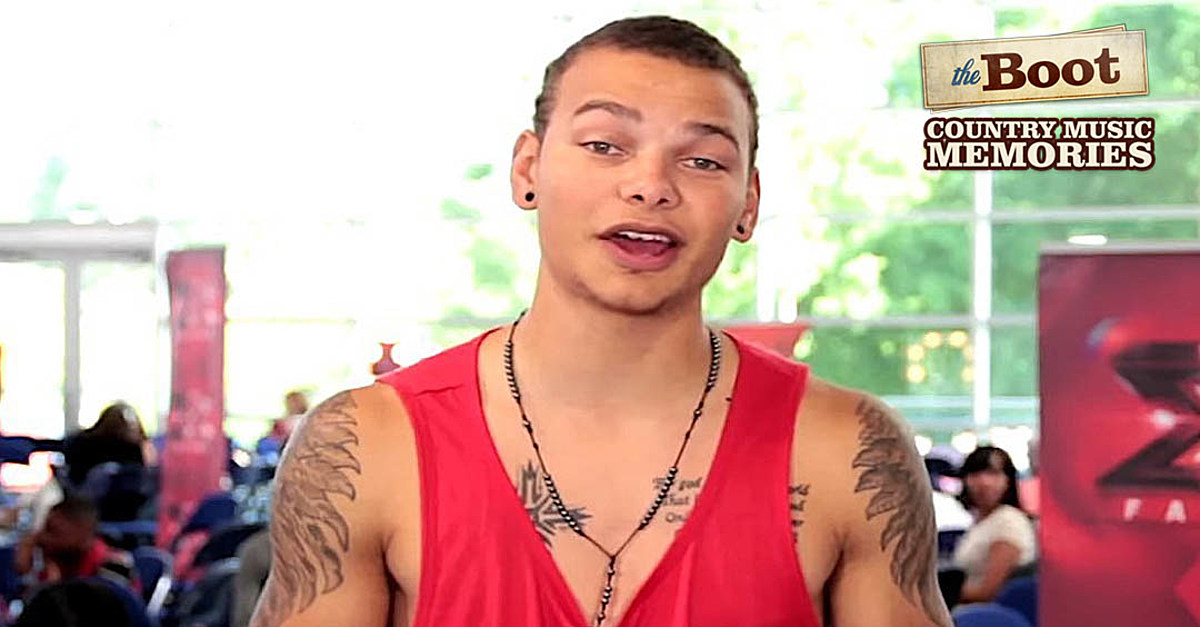 It feels like a lifetime has passed since Kane Brown announced he’d “probably go clubbin'” to celebrate a successful audition for the U.S. version of Simon Cowell‘s music competition show, The X Factor. But it was in 2013, just seven years ago, when the “One Right Thing” singer tried out for the TV series.

And while Brown didn’t end up as a finalist on The X Factor, it’s still a trip to look back at the video of the burgeoning star reveling in his audition triumph as a wide-eyed 19-year-old from Tennessee. Above, watch the star-in-the-making recount his The X Factor run-through for the show’s judges, which for Season 3 included Destiny’s Child‘s Kelly Rowland.

In fact, it seems as though Rowland played a large part in Brown’s success regarding his initial selection to compete on the program: “It didn’t even seem real when I first walked out there,” Brown says. “Then Kelly just started smiling at me, and that’s what got me is the smile. When I started singing to her, she put her leg up on the desk … I walked down, and I held her hand, and after that, I don’t even remember singing, honestly.”

Alas, as viewers might recall, the current country-pop star didn’t end up making a big splash on The X Factor. It was around that time that reports emerged that Brown decided to take himself out of the running when the show’s producers wanted to include him in the lineup of a boy band. Can you imagine Brown performing as part of a One Direction or BTS-style outfit?! Clearly, that type of trajectory wasn’t part of the singer’s vision for his ascent to stardom.

After his involvement in The X Factor, Brown started making YouTube covers of popular country songs, and the rest is history. These days, apart from a successful career in music that’s far eclipsed his early audition, Brown has something else to celebrate: his anniversary with his wife, Katelyn, and their daughter, who turns a year old on Oct. 29.

7 Country Artists Who Were Rejected By American Idol:

This Idol Outcast Became a Star, Too: