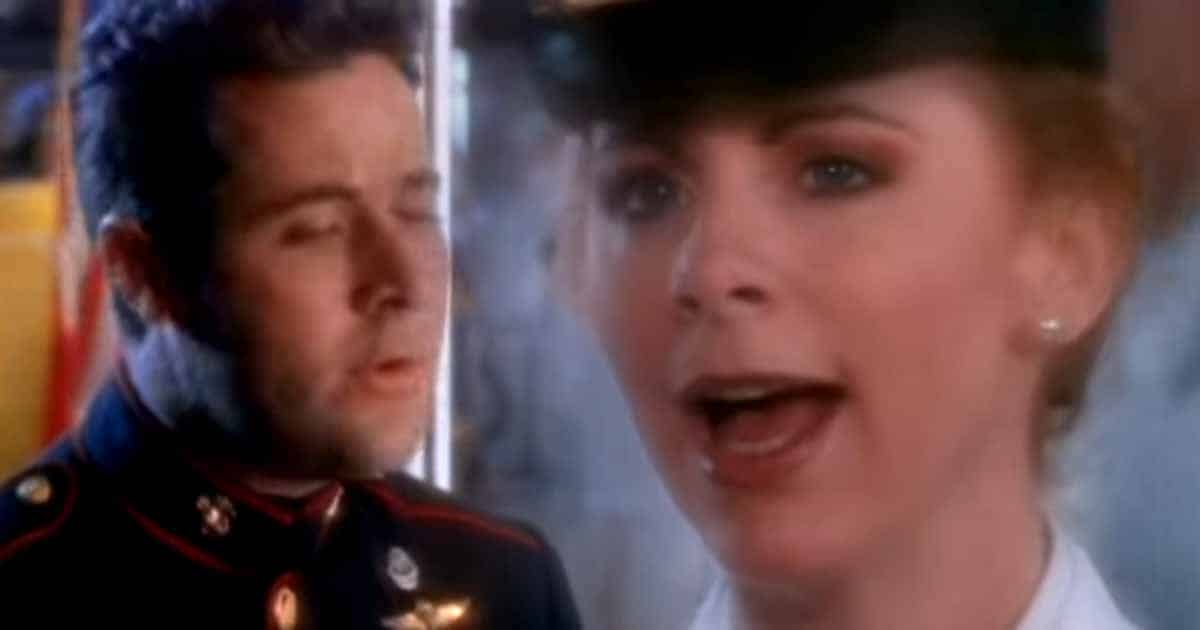 Reba McEntire and Vince Gill once again sing about the irresistible power of love in “The Heart Won’t Lie.” The song poignantly tells of two people who are obviously in love with each other, but they just can’t admit. However, through actions and exchange of stares, that fondness between makes itself visible. The song is a release from McEntire’s 1993 album, It’s Your Call.” We give credits to Kim Carnes and Donna Terry Weiss for the romantic arrangement of the lyrics.

Originally though, it was supposed to be Kenny Rogers in Vince Gill’s spot but scheduling conflicts and related reasons changed the plan.

“Originally Kenny Rogers and I were looking at doing this song as a duet”, Reba told, “but we could never get it to sound just right because of the different ranges of our voices. Unfortunately, it just didn’t work out. Later when I was working on a new CD, I remembered that song and called Kenny to see if he was recording it and if not, could I have it and he passed it along to me. We asked Vince Gill to sing the background harmonies on the song. Tony Brown, who was co-producing the CD with me, suggested letting Vince do more than just sing harmony on the song, so he took a couple of verses, and we decided to turn it into a duet.”

Still, we would love to hear what Kenny and Reba singing this together would sound like!

On the other hand…

Since we are talking about the heart, and it doesn’t lie, let’s spare time to have some realizations as well.

Admit it, we’ve all been there. We want to do something that we love to do but ironically, we are doing nothing about it. We tend to take lots of considerations first. Sometimes, we’re being swallowed by apprehension. But dear one, don’t ever let your fears and doubts hold you back. Those who’ve been there keep telling us that when we decide to say no to one thing that we always love, we’re going to look back one day, and our memories will be filled with regret. Right at this moment, listen to what your heart tells you, and commit to it. Ignore the part of your brain that says you are going to fail. Remind yourself to be positive, to say yes to everything even if it frightens you, and to look at both sides of the coin as a win-win situation.

Additionally, our heart has a mind of its own. In fact, and it wants to guide you to walk in the direction you really want to go. Your heart wants you to live life with openness, to only do things that you love, and to act with no regrets. The different pulses you feel in different circumstances tries to relay a message to you. Just listen to it, and go ahead, follow your heart. Find your passion. Adventure on. Confess your secret. Leave your hometown. Live abroad. Embrace change. Start again. Say yes. Be brave enough.

Please hear your heart out because it wants you to live.

Jake Flint’s Wife Speaks Out After His Unexpected Death at 37
Cody Johnson Drops Powerful Live Version of ‘’Til You Can’t’
Relive Dolly Parton’s Epic Looks Throughout The Years
Dolly Parton Felt She Was ‘Betraying Somebody Else’ With Rock Hall Nomination
Crisis of Faith: New Johnny Cash Movie Doesn’t Know If It’s a Documentary or a Sermon