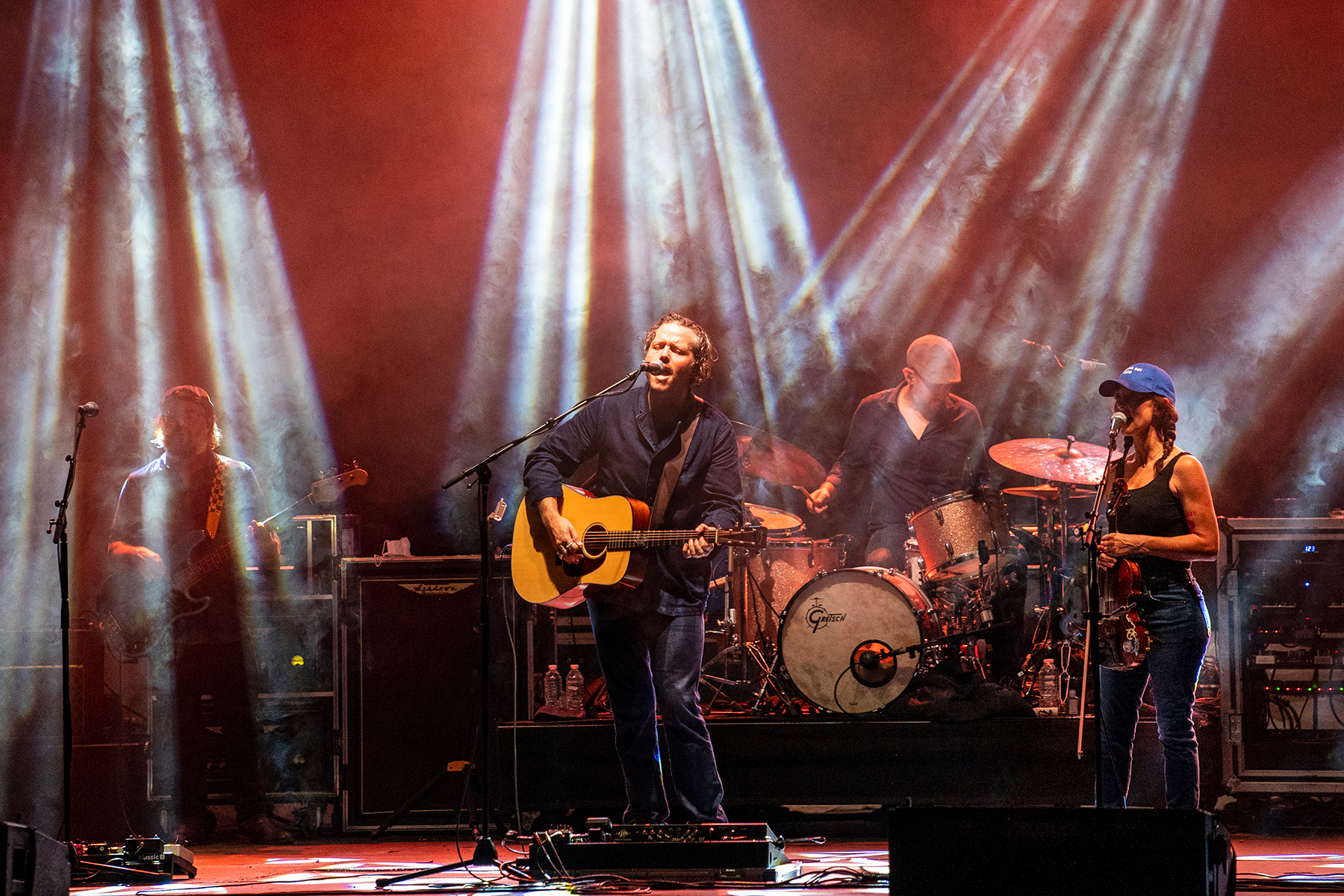 Jason Isbell and the 400 Unit wrapped up four nights of socially distanced performances on the rain-soaked grounds at the Caverns in Pelham, Tennessee, on Sunday night. The group’s Saturday show happened to coincide with the birthday of the late John Prine, to whom Isbell and wife/bandmate Amanda Shires paid tribute with a stirring performance of “Storm Windows.”

Video shows Isbell and Shires singing Prine’s “Storm Windows” as part of their encore while the pods of attendees are in raincoats to combat the leftover bands of rain from Hurricane Delta. “Don’t let your baby down,” Isbell and Shires sing in harmony, with Isbell concluding their performance by saying “Happy birthday, John.”

At yesterday’s afternoon show, on John Prine’s birthday, the buzz was would Jason Isbell cover Prine—of course he would, but what song? During the encore, on a rainy afternoon, Isbell pulled out the Prine classic “Storm Windows.” Music is magic. Who knows how many more times we’ll have like these to experience it live in 2020? Get yourself to The Caverns this evening for Jason Isbell and The 400 Unit. Tap the bio link for pods. John, happy belated birthday! Love, The Caverns Captured by @blondeambitiontour #stormwindows #encore #werenotcryingyourecrying

Isbell and Shires have performed “Storm Windows,” the title track from Prine’s 1980 album, at other shows. On a handful of occasions after 2014, the pair even got to sing the song with its creator, including at the Grand Ole Opry. Prine died April 7th as a result of complications from contracting Covid-19.

This weekend, Isbell will play another socially distanced show at Ameris Bank Amphitheatre in Alpharetta, Georgia, as part of a LiveNation series of concerts. Subsequent nights at the same venue will feature performances by Blackberry Smoke and the Indigo Girls.