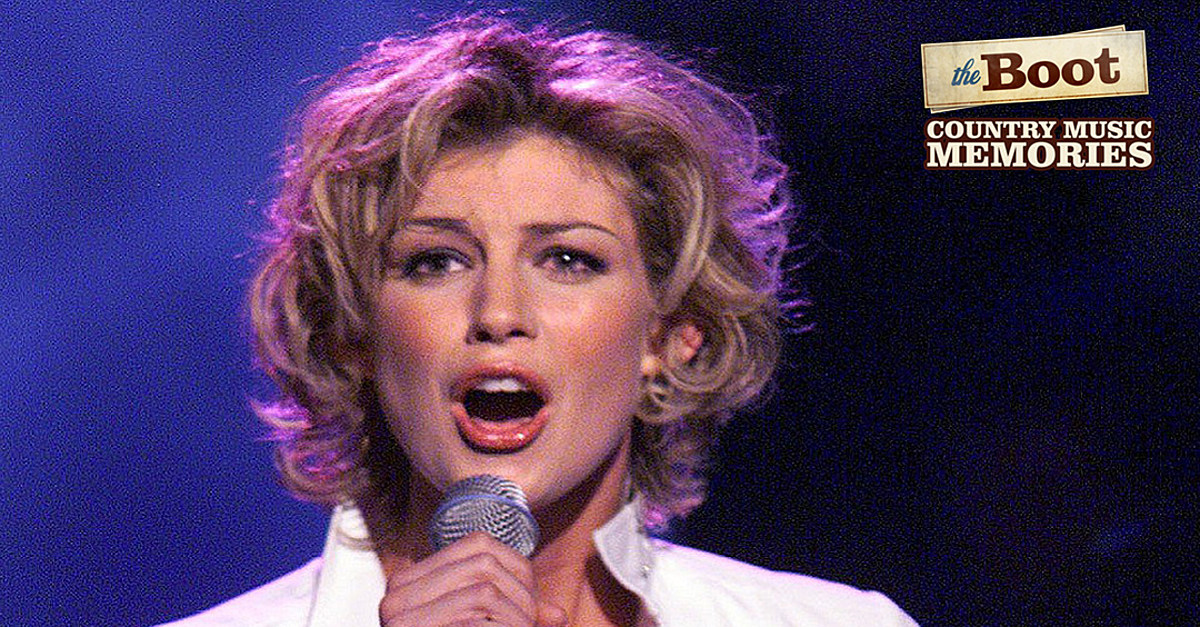 On Oct. 12, 1993, Faith Hill released her debut album, Take Me as I Am. Co-produced by Scott Hendricks, Michael Clute and Gary Burr — the latter a songwriter with whom Hill sang and crafted her first demo — the record helped establish the Mississippi native as one of the most promising artists of the ’90s.

Take Me as I Am‘s first single, “Wild One,” caught fire out of the gate and hit No. 1 on Jan. 1, 1994. The song spent four weeks atop the charts — making her the first female country musician since Connie Smith in 1964 to have her debut effort achieve such a streak. The charismatic song features a narrator who, as the title implies, is a free spirit who carves her own path in life.

“I was a little rebellious, but one thing Daddy always told me was that I could be anything I wanted to be, just like the song says,” Hill told Country Weekly in 1999. “The first time I heard “Wild One,” I thought it had been written for me.”

The second single from the album, “Piece of My Heart,” was a cover with a long history. Co-written by Jerry Ragovoy and Bert Berns, it was first recorded by Erma Franklin (Aretha Franklin’s older sister) in 1967, and landed at No. 10 on the R&B charts. The following year, a bluesy, rock ‘n’ roll version by the Janis Joplin-led Big Brother and the Holding Company made it a No. 12 pop hit. Hill’s approach hewed more toward traditional country: Jaunty pedal steel and sprightly guitar dominate the song.

Take Me as I Am overall is a diverse mix of ballads (“Just About Now,” “Just Around the Eyes”) and brisker songs (the honky-tonk-inspired “Life’s Too Short to Love Like That”) that serves as a showcase for Hill’s powerful, gospel-tinged voice. She even landed co-writing credits on several songs: the moody piano ballad “I’ve Got This Friend” and the sassy, hard-edged country-rocker “Go the Distance.”

The title track of the record also reached No. 2 on the country charts, which helped Take Me as I Am eventually ship triple platinum. That was just the tip of the iceberg for Hill, however: She made her Grand Ole Opry debut in December of 1993 and also won Top New Female Vocalist at the 1994 ACM Awards.