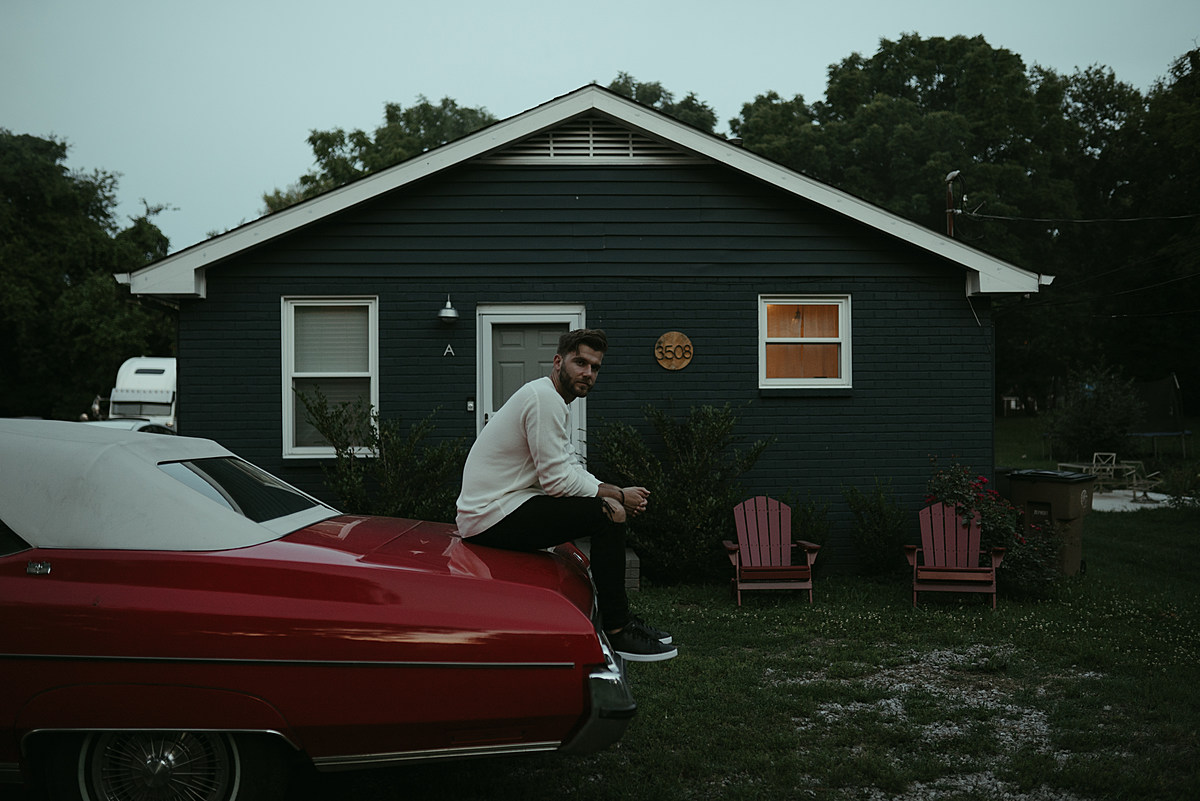 Chase Wright shows off his skill on the piano in his new “Make You Miss Me” music video. The up-and-comer is premiering the clip exclusively with The Boot; press play above to watch.

Seated at an upright piano in an empty warehouse-type building, Wright accompanies himself as he sings the song he co-wrote with Robyn Collins and Jared Keim, who also produced the track. It’s a simple, but effective, video, expressing the loneliness and longing reflected in the lyrics of “Wish You Miss Me.”

“I was blind to what I didn’t want to see, and / I knew all along you were gonna leave,” Wright sings in the chorus. “So why do I still wish you’d miss me?”

The song’s lyrics admit that the relationship in question was toxic – “I was good for you / You were bad for me / I was solid ground / You were broken wings,” Wright admits — and yet, he can’t stop “think[ing] you’ll call me” and “pray[ing] you care.”

“People have always gone back to someone and wondered why,” Wright points out. “That song definitely has the most emotion and heart in it.”

A Lebanon, Ind., native, 24-year-old Wright has been listening to country music pretty much his entire life, mixing favorites such as Rascal Flatts and Keith Urban with 1990s and 2000s rock bands including 3 Doors Down and Goo Goo Dolls as a teenager. “I don’t necessarily know the rules that Nashville has developed around it. I am just being myself,” he says.

Wright set a track team record at DePauw University, but he started to see his dream of sports stardom as “more and more unrealistic” as he grew older. During his freshman year, the artist taught himself to play guitar, then started to explore songwriting. He moved to Nashville after college graduation (he has a degree in economics).

“Writing music has so many of those same elements of my time playing soccer,” Wright reflects, “and I’ve really enjoyed the collaboration throughout it all from the melody to lyrics, to the instrumentation to the mixing.”

How John Anderson’s Song ‘Seminole Wind’ Is Closer to His Heart Than People Know
Loretta Lynn Recalls Patsy Cline Stopping A Secret Meeting Concocted To Keep Her Off The Grand Ole Opry: “Inviting Patsy Was Their Mistake”
Most Wanted Music: 2023’s Country and Americana Album Releases
Garth Brooks Bawled When James Taylor Sang “The River” For Him At The Kennedy Center Honors
Morgan Wallen Will Take 2023 ‘One Night at a Time’ on a Massive World Tour