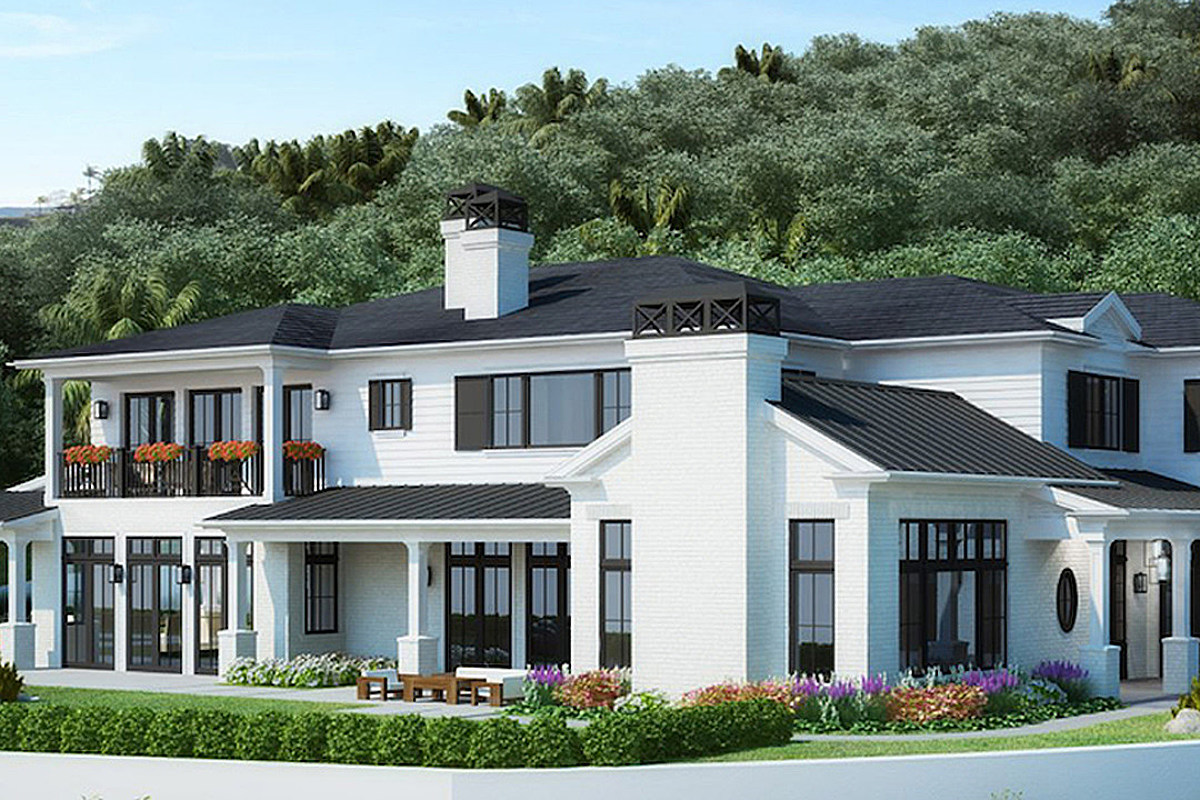 The coaches on The Voice are among the biggest television and music superstars in the world, and they live in the kind of spectacular homes that befit celebrities of that stature. Blake Shelton, Gwen Stefani, Kelly Clarkson and John Legend have very different tastes, but they have one thing in common: they all live in jaw-dropping mansions the likes of which most people can only imagine.

Shelton and Stefani recently purchased their first home together, a massively luxurious estate in one of the most exclusive zip codes in California.

Clarkson owns not one, but two different massive mansions; one in Nashville, which has been for sale for several years, and one in California. While they are very different in terms of architecture and style, both are lavish enough for even the most refined tastes.

Legend and his wife, Chrissy Teigen, recently upgraded from their previous Beverly Hills mansion to a ming-boggling new home that is the ultimate in state-of-the-art luxury and modern design.

The Voice returns to television for Season 19 on Oct. 19, 2020, and the stars’ witty banter and personal interactions are sure to play a major role in the proceedings, as in years past. That’s the kind of chemistry that earns them the whopping salaries to afford the jaw-dropping mansions you’ll see by scrolling through the pictures below.

Shelton and Stefani reportedly paid $13.2 million for their 13,000-square-foot mansion on 1.6 acres of land in a very posh area of Encino in the San Fernando Valley in California. The gleaming white home with black trim and windows features amenities including a very large motor court, a four-car garage and an oversized pool. There’s also a splendid cabana that includes a wet bar and a separate outdoor kitchen. The swimming pool includes an inset spa.

The interior of the massive mansion includes a high-tech home theater and a lavish kitchen with high-end finishes and appliances.

When Stefani was married to Gavin Rossdale, she lived in a mind-blowing 7-bedroom, 10-bathroom, 15,018-square-foot ultra-modern mansion in Beverly Hills that included a large pool and spa, tennis court, guest house with its own gym, a large outdoor living room with a fireplace and an exterior kitchen. Stefani had decorated the house with brightly colored furniture against a backdrop of marble, and included a number of metallic accents. It also had a guard-gated entry and a private theater. Stefani sold that spectacular home in October of 2019 for $21.65 million.

Kelly Clarkson owns massive mansions in both Tennessee and California. Her 20,121-square-foot mansion in the Nashville suburb of Hendersonville boasts 7 bedrooms, 8 full bathrooms and 3 half bathrooms. There’s also an entryway with sweeping double staircases, formal living and dining areas, a wet bar next to the pool table and more. The grounds include a private dock, saltwater pool and two spas. The estate is currently listed for sale for $7,499,000.

The singer and TV star’s mansion in Encino, Calif., is an 8-bedroom, 9-bathroom estate that also includes two half-baths for a total of 9,839 square feet.

John Legend and Chrissy Teigen recently upgraded to a 7-bedroom, 11-bathroom, 10,700-square-foot home in one of the most exclusive neighborhoods in Beverly Hills. They reportedly paid $17.5 million for the ultra-modern estate, which features cutting-edge amenities including Toto toilets, Miele appliances, LED mirrors, smart home technology and five tankless water heaters. The exterior of the home is metal and glass and features an oversized motor court. The interior features a two-story glass atrium that adjoins a large great room, wide-plank oak floors, pocket sliding walls of glass and custom trim of marble and exotic woods. The home also includes a 300-bottle wine cellar and an office with walnut shelves.

The backyard of the property features a 100-foot saltwater swimming pool with a pool house, and there’s also a 500-square-foot media room with state-of-the-art acoustics that offers a theater-quality viewing experience.