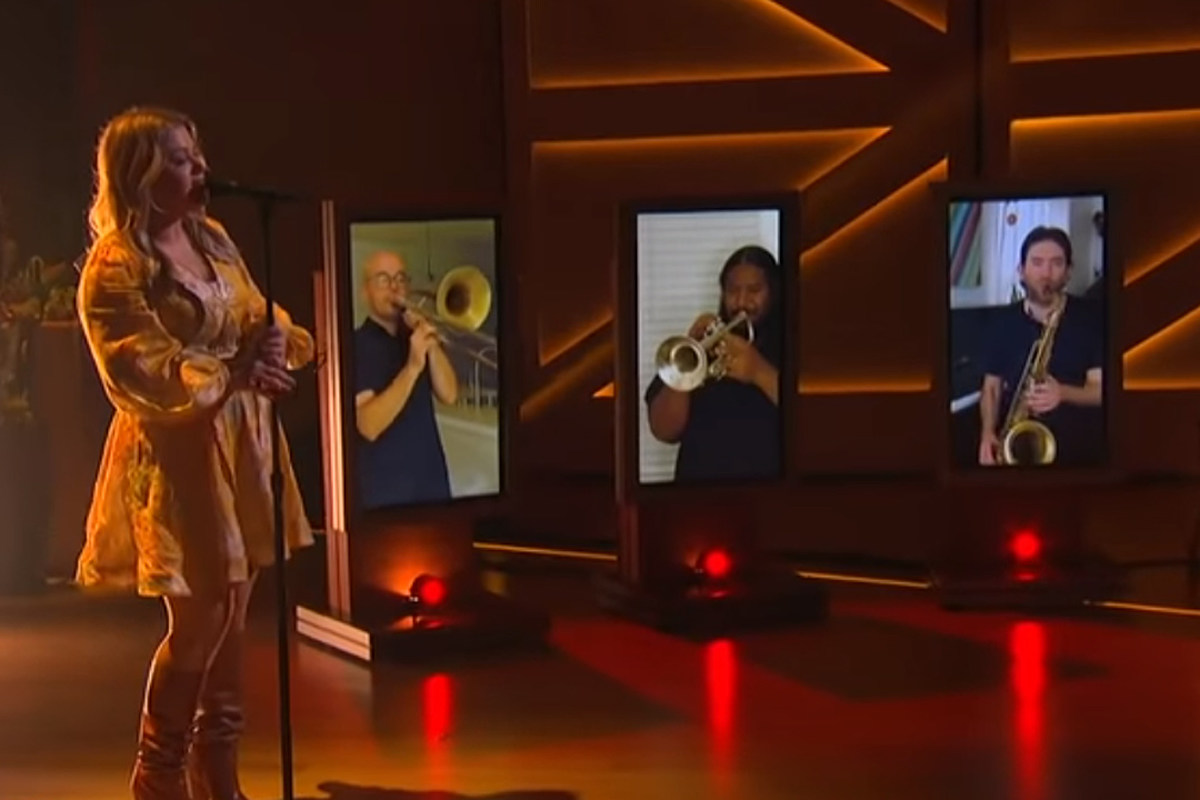 The “Because of You” hitmaker did exactly that on Wednesday (Oct. 7) when she tore into a cover of the 1963 classic hit “Ring of Fire” on the latest “Kellyoke” segment on her much loved talk show, The Kelly Clarkson Show.

Sporting an adorable dress and brown cowboy boots, the Grammy winner seemed extra comfortable singing a song that is about falling in love, considering that she is still dealing with her divorce from her estranged husband Brandon Blackstock. She filed for divorce in June after nearly seven years of marriage.

What made the performance even cooler is the fact that her band members were on hand to perform the iconic horn portion of the song, each appearing on their own individual screen due to current social distancing guidelines.

Clarkson has no doubt hit just about every musical genre thus far during her “Kellyoke” segment, including country covers of Rascal Flatts, Jason Aldean and the Chicks.

Even as a judge on The Voice, Clarkson seems to like to stretch herself as much as possible. Just this week, she announced that she was bringing American soul singer Leon Bridges on as her Season 19 advisor on the singing competition show.

“I have been really looking forward to him,” Clarkson says in an interview with Access Hollywood. “I am such a fan of his talent, I love his tone, I love his artistry.”