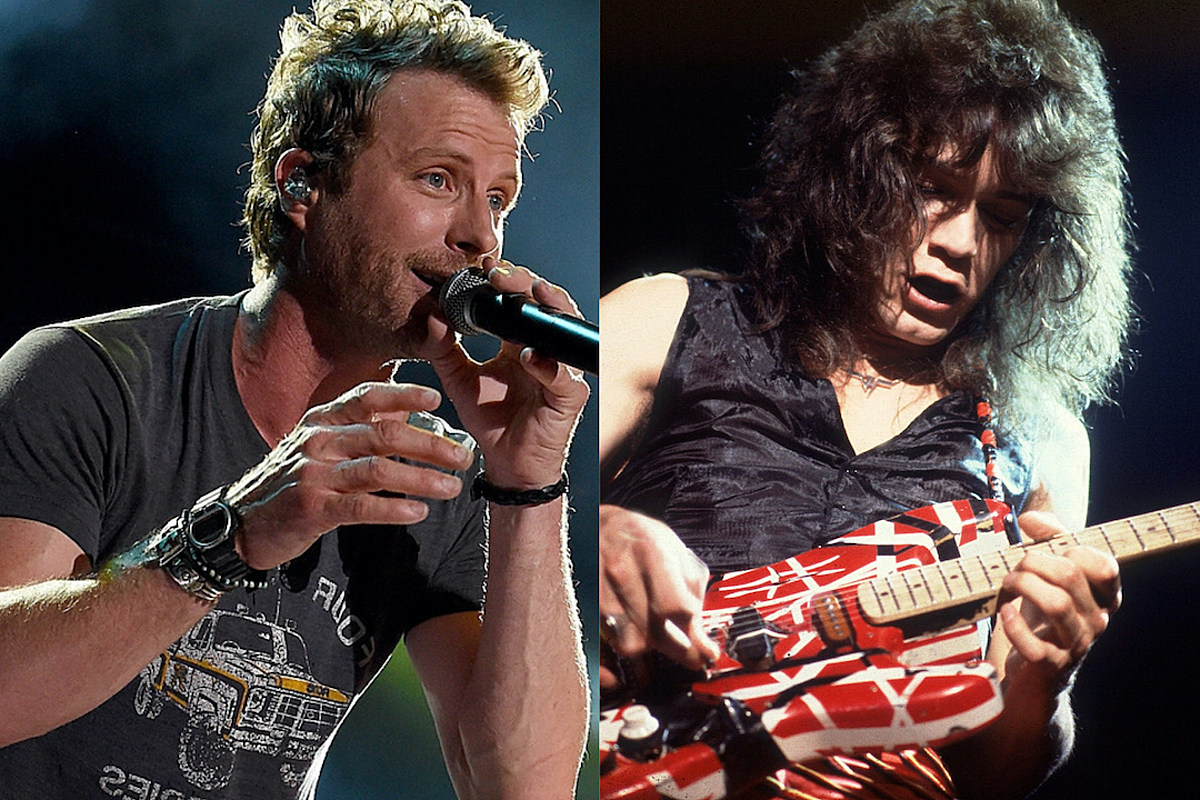 Dierks Bentley‘s creative talent was prominently shaped by legendary rockers Van Halen, which made the recent death of the band’s guitarist, Eddie Van Halen, even harder for the country singer.

But in a year as overall tragic and surreal as 2020, Bentley’s mourning of the influential shredder comes with an added weight. It’s the same extra sadness that has accompanied many of this year’s celebrity deaths: the various obituaries getting swallowed up by a news cycle trained on other pressing concerns.

That’s what the “Living” singer indicated in a recent videoconference interview in which Taste of Country took part. The musician started with a caveat, however, for why fans didn’t see him pay tribute to Van Halen online.

“If I was better at social media, I would’ve done a big thing on him,” Bentley says. “As I would’ve done on Charlie Daniels and Kenny Rogers. But when someone passes away, I don’t like the part of my brain that goes, ‘Oh, go to social media.’ That just seems like a weird thing that we’re being programmed to do.”

Still, the country singer admits that he “should’ve done something about Eddie. All my friends texted me because I was the biggest Eddie Van Halen freak there was.”

After all, when Bentley was 13 years old, he “started playing electric guitar because of Eddie Van Halen — he changed my whole life. I stopped listening to country, started listening to rock ‘n’ roll. Trying to learn ‘Eruption’ and ‘Hot for Teacher’ and all the guitar tapping, which I never was very good at.”

The country singer pointed out the unhappy circumstances familiar to anyone who’s lost a loved one since March. With the coronavirus (COVID-19) pandemic still surging throughout the United States, gathering with others to properly pay respects seems like a pipe dream.

“It’s sad, but everything’s sad this year,” Bentley laments. “It’s just another 2020 thing. It’s not really sad when someone passes away — that happens. But just the fact that, like, with Kenny and Joe Diffie and Charlie, country music as a whole can’t stop and honor them. I haven’t seen anything about Eddie on TV at all. We can’t properly honor people at the Opry and have a big celebration out there for Charlie Daniels. That’s the saddest part.”

Dierks Bentley isn’t the only country musician honoring Eddie Van Halen. While the guitarist made his mark in rock, he clearly had devotees in country music, including Kenny Chesney, Keith Urban and Brad Paisley.

Van Halen died on Tuesday (Oct. 6) at the age of 65 following a battle with throat cancer. Daniels, aged 83, died on July 6 after suffering a stroke. Rogers, 81, died of natural causes on March 20. Diffie’s death on March 29, at the age of 61, was attributed to complications stemming from COVID-19.