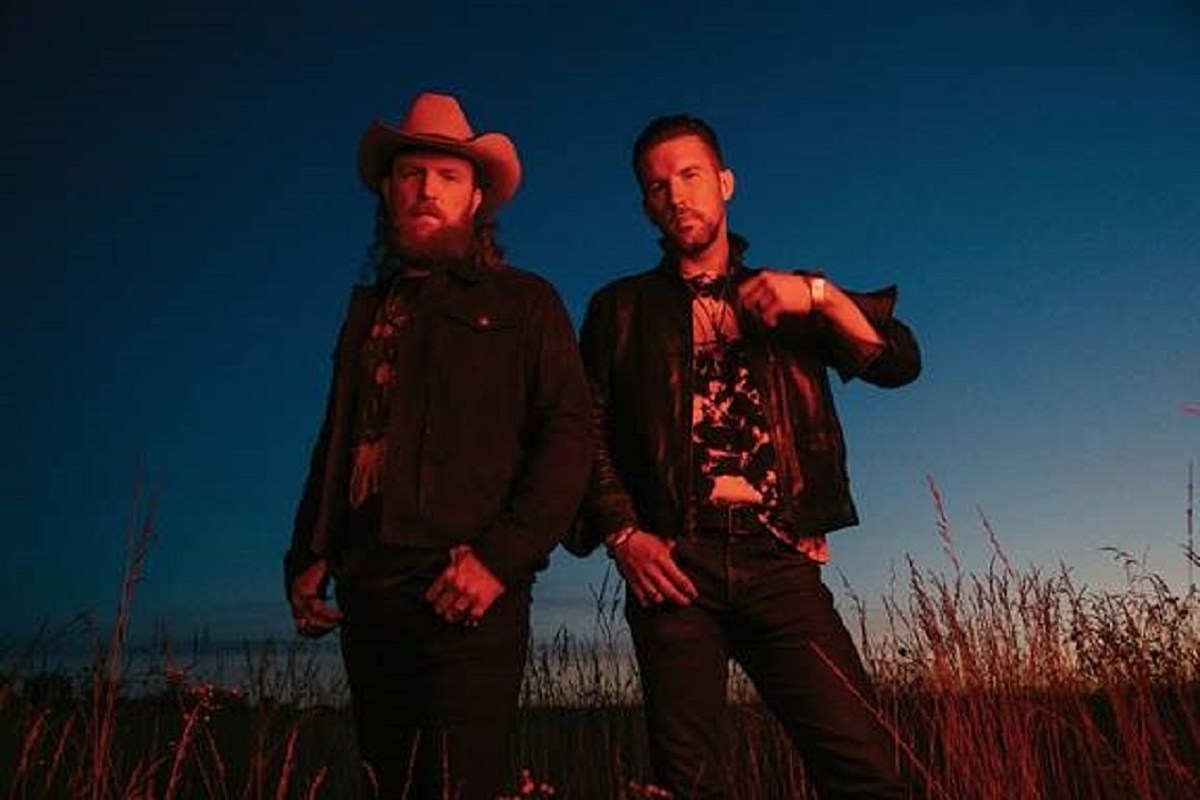 As Brothers Osborne have risen from a newly signed sibling duo from Deale, Md., to three-time CMA Vocal Duo of the Year winners and Grammy Awards nominees, they’ve done so with both their artistic and moral integrity intact.

There’s been little to no consequential compromising for brothers John and TJ Osborne, who have earned their industry praise while releasing an early-career music video featuring an interracial couple and a gay couple, crafting songs with some of the genre’s most impressive modern-era guitarwork and, most recently, making headlines for their thoughts on gun law reform.

“If people spend more than 10 or 15 minutes with TJ or I, they’ll realize that we are just unabashedly who we are,” John Osborne reflects during a video call from his home. “Social media is weird because it becomes … a very watered-down highlight reel of your life, and that’s okay … but at some point, you need some honesty, even if it’s at your own detriment.

“Whatever your feeling [about us] is, we want it to be because we are being ourselves,” he continues. “We would much rather fail being ourselves than succeed being anyone else.”

“Anything, they would have been like, ‘Absolutely;’ they would have supported us 100 percent,” he says, “so we feel very lucky in that respect because there are a lot of people in music that didn’t have that support that we have, and I think, because of that, we were able to just be ourselves no matter what.”

“Even, at the end of the day, if we failed, we would still have the love and support of our parents and the people around us,” John adds. “It doesn’t feel like we’re fighting anything; we’re just doing things that come natural to us, and the fact that we’ve had the support from the people around us has just made that infinitely easier.”

These days, it’s not just their parents Brothers Osborne have in their corner. A similar sort of support comes from their whole team — they sweetly thank everyone in the liner notes of their newest album, Skeletons, for “lift[ing] us up … protect[ing] us … and consistently inspir[ing] us” — including their producer, Jay Joyce, with whom they’ve made all of their major-label studio albums, the third of which arrives on Friday (Oct. 9).

“Jay’s very opinionated, and his opinions are … very intelligent; he has a very profound knowledge of music,” TJ Osborne, calling in from his own front porch, explains. “Any time he’s challenging us, it’s really pushed John and I … It’s really given us some confidence to speak up … but at the same time … it’s nice to have someone who can challenge what we’re doing.”

This time around, the Osbornes say, Joyce was outright asking for their opinions as he produced the 12-song effort — “which is very unlike Jay,” John admits.

“Jay always has an opinion, about literally everything, and for him to seek direction from us shows that he trusts our vision and trusts our artistic direction, and he believes that we know who we are now,” John continues. “By now, we feel very confident in saying we know who we are … so to have that mutual respect and understanding is huge.”

Skeletons dots personal details — a shoutout to their brother in the album-opening “Lighten Up,” for example — into a set of songs that are celebratory, if a little dark (“Back on the Bottle”); optimistically cautionary (“Make It a Good One”); and welcoming and open-minded (“Hatin’ Somebody”). If there’s a theme to the project, it’s the same as the brothers’ public presence: Live your life how you want to live it, as long as you stand for something.

Skeletons ends with Brothers Osborne’s most personal song yet, “Old Man’s Boots.” John Osborne wasn’t planning on writing when he penned it, alone, in his bathtub, trying to clear his head, but “usually when you don’t try to do something creative is when you brain decides it wants to be creative,” he says wryly.

“We weren’t really writing a lot, and we were just busy. I was tired … I was kind of struggling with some mental stuff, burnout … and I was just kind of at my wit’s end,” he recounts. But then, the lyrics started popping into his head.

“It was an easy song to write, because it is our life, to a T. Every line in there is the absolute truth,” he continues, “and it wasn’t like I had to put on some hat and try to write a song for the world … It was like, ‘This is our life. This is just how I’m gonna write it.'”

Before he brought the song to TJ, John played it for their sister, Natalie Osborne, a photographer and publishing company executive. It made her cry, which was proof enough for John to know that he was onto something.

Brothers Osborne have built their career on songs that are as much about TJ’s growling vocals as they are about John’s incredible guitarwork. Skeletons, however, is their first album to include a purely instrumental track, “Muskrat Greene.”

“We thought about doing it on our last record, and it just never came to fruition, and then on this record, we thought, ‘Now’s the time,'” says TJ. “I mean, good Lord, by this point, you have heard me sing plenty, so it’s nice to have a moment for John to step out there.”

Adds John, “It was a chance to really dig in creatively and try things that we’ve never done before, because I think that’s really what you should do … You should really stretch yourself at all costs …

“That’s our duty,” he says, “to stretch yourself creatively every record.”