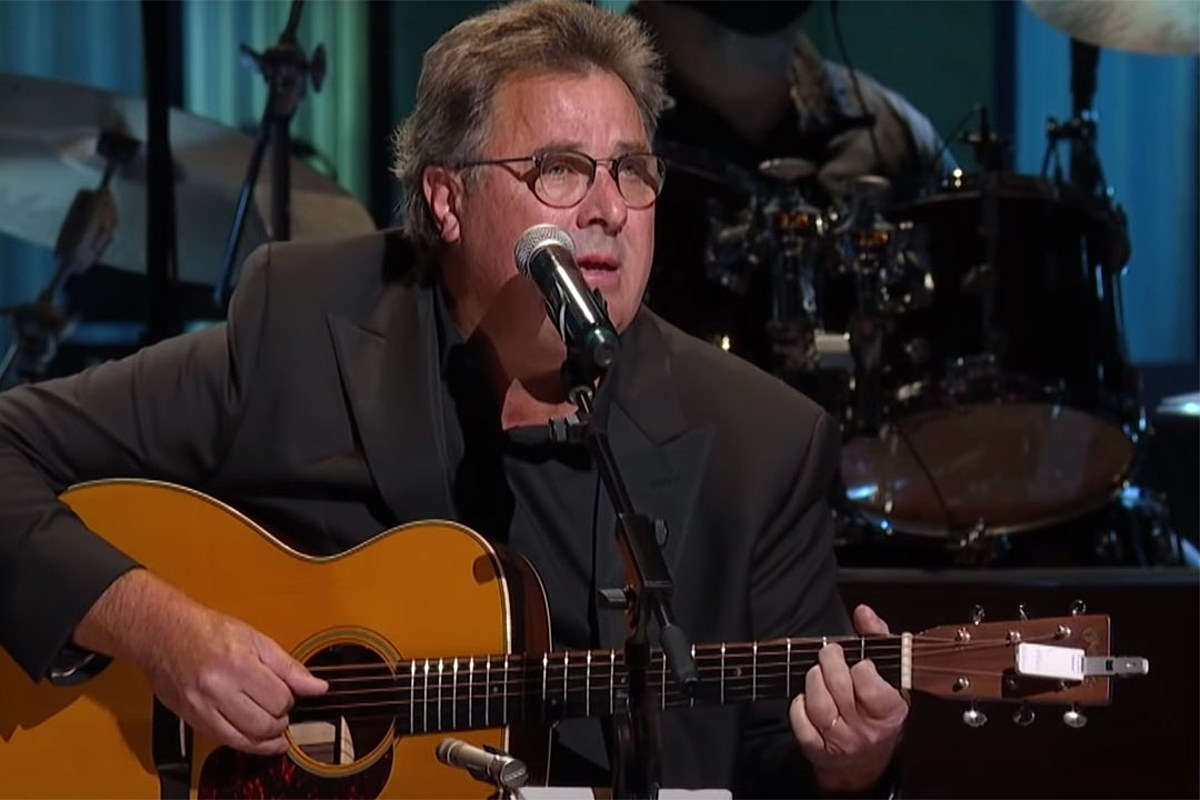 Vince Gill paid musical tribute to the late Mac Davis during his recent set at the Grand Ole Opry on Saturday (Oct. 3). The country legend sang a haunting version of Davis’ “In the Ghetto” that had the in-person audience spellbound.

Gill hit the hallowed stage as part of a lineup that included Dierks Bentley, Terri Clark and Lorrie Morgan, welcoming back a limited live audience for the first time since the coronavirus (COVID-19) pandemic forced the venue to stage Saturday night performances without audiences beginning in March.

In the clip below, he accompanies himself on acoustic guitar to deliver a plaintive rendition of Davis’ song, which became a hit for Elvis Presley when he recorded and released it in 1969. Gill changes the key to accommodate his high, pure tenor, putting a unique and deeply affecting spin on the emotional ballad.

Davis began his career as a songwriter, writing songs including “In the Ghetto” and “A Little Less Conversation” for Presley, “Something’s Burning” for Kenny Rogers and the First Edition and songs for Bobby Goldsboro, Glen Campbell and more. He later placed a long string of country and pop hits that included “Baby Don’t Get Hooked on Me,” “One Hell of a Woman,” “Hooked on Music,” “Texas in My Rearview Mirror” and others.

Davis’s career reached into multiple facets of the entertainment industry. He hosted a variety show, The Mac Davis Show, from 1974 to 1976, and he also pursued an acting career with roles in North Dallas Forty, King of the Hill, That ’70s Show and Rodney, among other credits.

Davis died at the age of 78 on Sept. 9, after undergoing heart surgery in Nashville. He is survived by his wife of 38 years, Lise, and three sons, Scott, Noah and Cody, as well as his grandchildren.