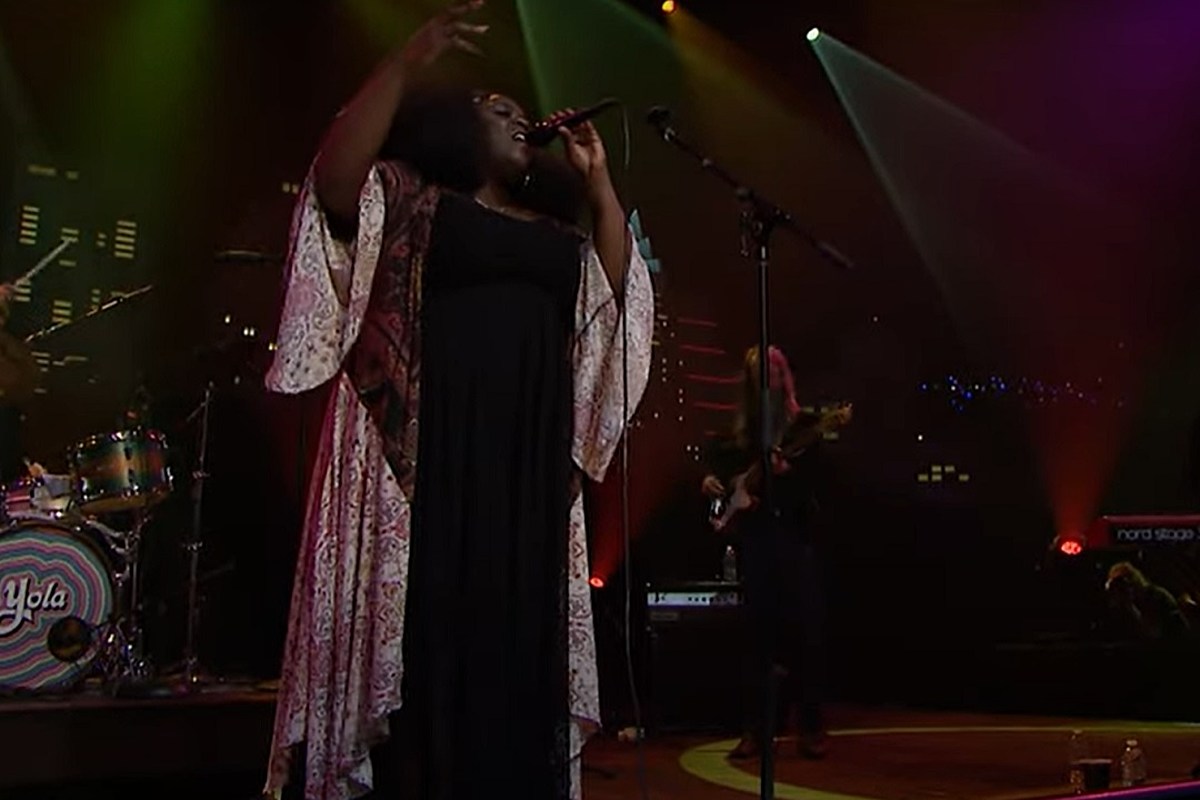 Yola‘s debut Austin City Limits performance premieres on Saturday (Oct. 10), but The Boot’s readers can get a sneak peek ahead of time. Her set included a soaring, sparkling cover of Elton John’s “Goodbye Yellow Brick Road,” which she originally released in December.

Press play above to watch Yola’s performance. Before she begins the song, she tells the audience that she’s been singing “Goodbye Yellow Brick Road” since she was just 4 years old.

Yola’s soulful rendition of the title track of music icon John’s seventh studio album, which he released in 1973, is one of 12 songs fans will get to see during her Austin City Limits episode. “Ride Out in the Country” and “Faraway Look,” from her lauded debut album, 2019’s Walk Through Fire, are also included, along with covers of the Hollies’ “The Air That I Breathe” and Aretha Franklin’s “You’re All I Need to Get By,” among others.

Yola taped her ACL debut on Feb. 4 in Austin, Texas, so her performance is a snapshot from the pre-COVID-19 pandemic era. It’s thrilling — comforting, even — to hear the audience cheer their approval throughout her set. Her episode is the second of the long-running performance series’ 46th season; Rufus Wainwright, John Legend and the Roots and more are scheduled to appear in the coming weeks.

Austin City Limits has resumed tapings, sans audience, including a set from the Mavericks that will air on Nov. 21. Ray Wylie Hubbard is also due to make his ACL debut, with a performance that will tape on Oct. 21. For information on when to catch Yola’s Austin City Limits on your local PBS station or online, visit PBS.org.

After releasing her debut album, Yola toured extensively, appearing as opening support for the likes of Kacey Musgraves. She also appeared as a featured artist on the Highwomen‘s debut album.

As for what lays ahead, Yola tells The Boot she isn’t worried about the expectations set up by her stellar debut. ”It was written about a stage of my life, and I’m over that stage in my life. Easy move on!” she says with a laugh. “I’m using this music as basically free-ass therapy to purge, basically, emotionally hurling up whatever I need to emotional hurl up. Once I’ve hurled it, I need to talk about something else. It’s like therapy. Just move on.”

Who Is Yola? 5 Things You Need to Know