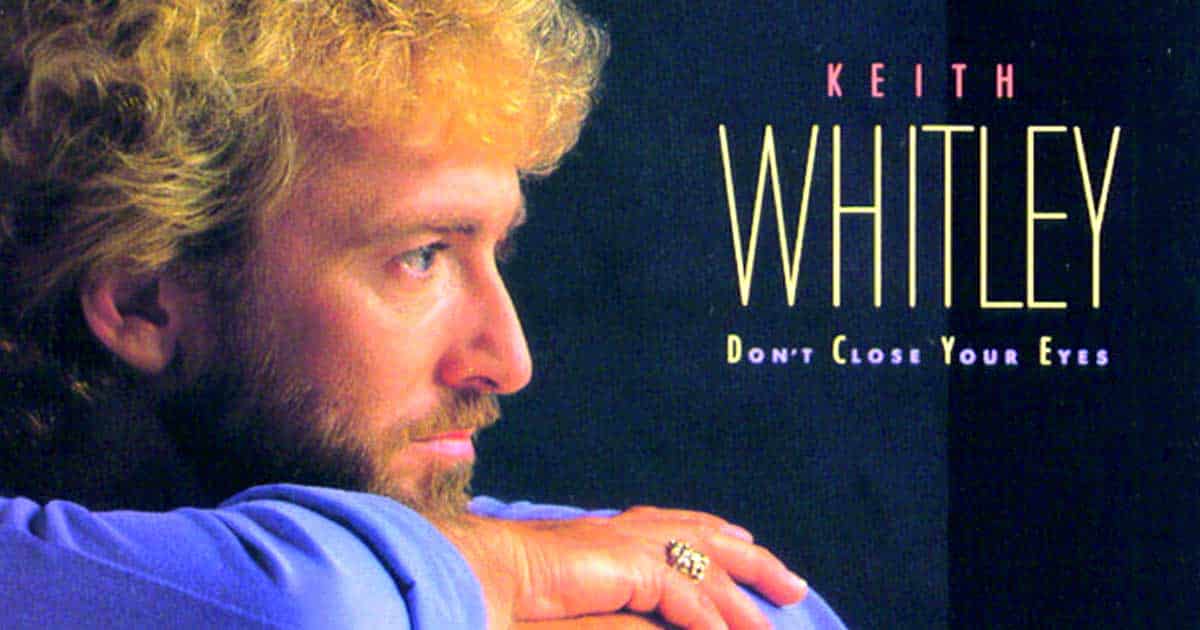 Love is a feeling that everyone wants to have. Most people crave for it. Moreover, there are a lot of individuals who are willing to give all the love they have and leave nothing for themselves. But, have you ever loved someone who is still in love with someone else? Some relationships have this kind of set up which is sad. Anyway, have you ever heard the classic hit “Don’t Close Your Eyes” from Keith Whitley? If not, then better listen to it below. You may consider it as a great martyr’s song of all time.

Keith Whitley: The Pride of Kentucky

He was born in 1955 in Ashland, Kentucky with low-key family background. His mother was an editor of The Elliot County News and his father was an Electrician. Keith Whitley is a daredevil since his teenage years because he loves to drive fast cars. In fact, he experienced two life-threatening accidents but he survived it miraculously. Whitley died young, at the age of 33, due to alcohol poisoning. It’s such a waste that he died at the peak of his career.

Keith Whitley produced two albums throughout his career but he was able to push twelve singles on the Billboard Country Charts. In addition, his notable hits include “When You Say Nothing at All,” “I’m No Stranger to the Rain,” and “It Ain’t Nothin’.”

A Remembrance from Whitley

“Don’t Close Your Eyes” was penned by Bob McDill and it was recorded by the American Country singer Keith Whitley. Further, the hit talks about a man who is hoping that his lover will forget her past love. Some verses of the song state that the narrator is begging for love. This may also be considered as one of the saddest songs in history.

Go ahead and listen to the hit.