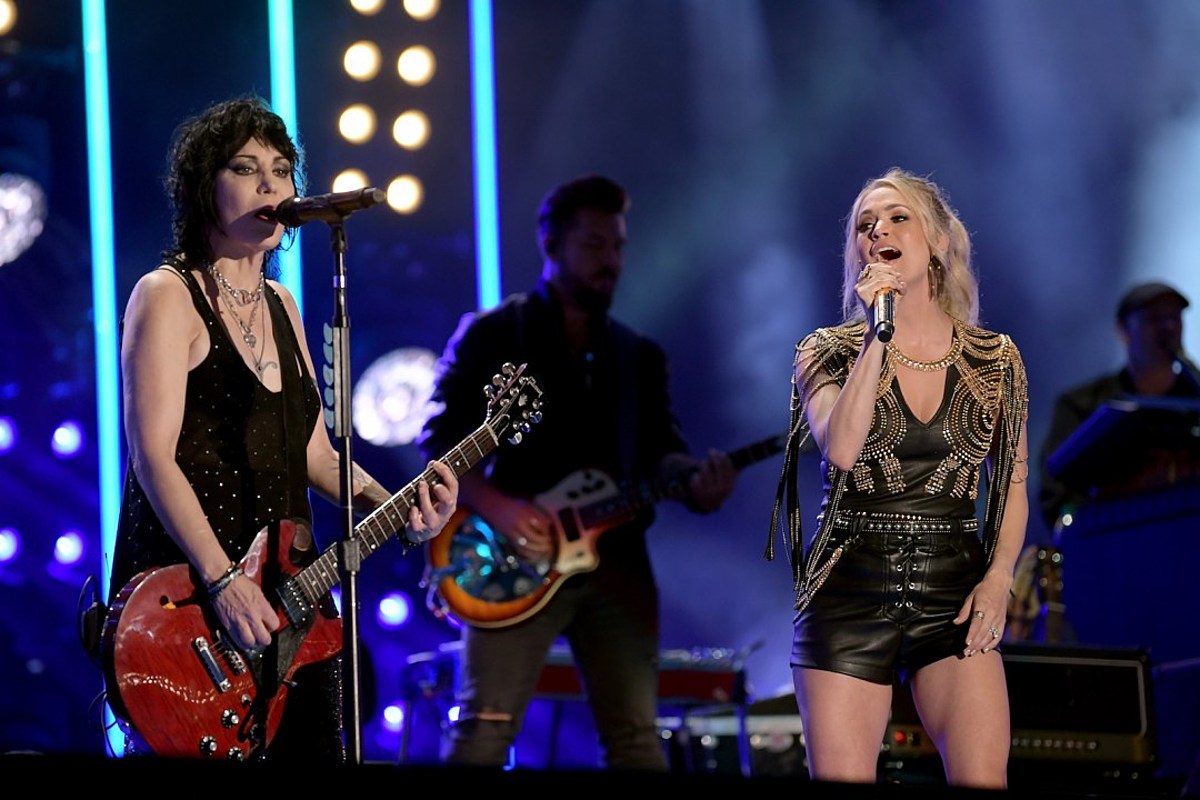 Carrie Underwood has become one of the biggest names in country music, but the Oklahoma native also has a deep love for all things rock ‘n’ roll. During her February appearance at the 2020 Country Radio Seminar in Nashville, the singer happily shared that she grew up listening to an array of artists from rock and heavy metal.

“When I was getting ready today, I was listening to the new Ozzy Osbourne album,” Underwood told the crowd of country radio programmers and industry executives. “My first concert was an Alan Jackson concert, but I also saw Hole, Green Day and Slipknot.”

Over the years, Underwood has put her own spin on dozens of rock and metal songs, including Skid Row‘s “I Remember You” and Mötley Crüe’s “Home Sweet Home.” She’s also frequently covered tracks from Guns N’ Roses, including their hits “Patience,” “Sweet Child O’ Mine,” “November Rain” and “Paradise City,” and when she got the chance to experience the legendary rock group live in concert in late 2019, Underwood acted as any everyday music fan would.

“We recently went to a Guns N’ Roses concert, and it was probably the best night of my life,” she told the crowd. “I love concerts so much.

“Every time I go now, I’m stuck in a box somewhere, and I can’t feel that energy,” Underwood added — but for GNR, instead of being separated from the rowdy crowd, Underwood was right in the action.

“We were in the audience, and I was losing my mind,” she continued with a smile. “I didn’t give a crap what anyone else around me thought.”

Underwood’s love of rock is vast: During her set at CMA Fest 2019, she invited Joan Jett to perform with her; later that year, the two teamed up for the 2019-2020 season Sunday Night Football opening video. And in 2015, she was spotted at an Offspring concert, and met the band: