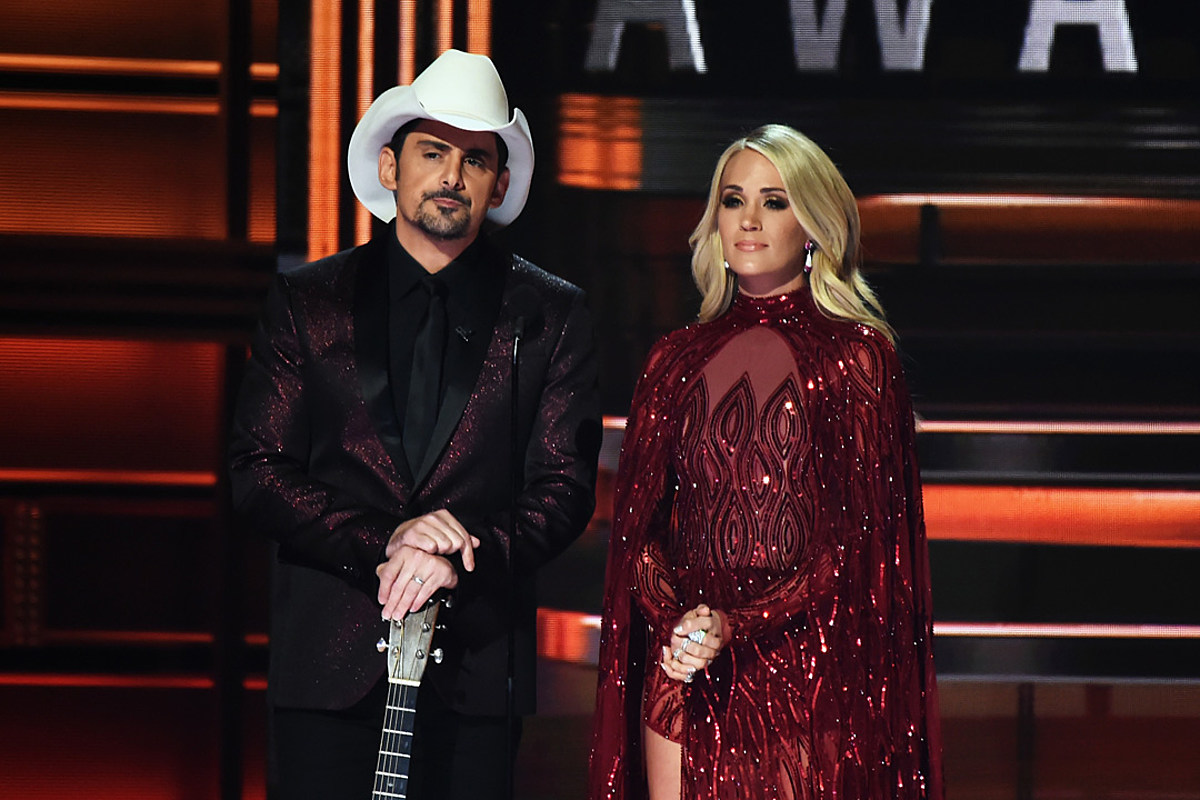 Brad Paisley and Carrie Underwood learned to be masters of quick costume changes during their 11 years as CMA Awards co-hosts, but according to Paisley, they had a lot of close calls. Underwood, in particular, would often appear onstage at the very last second thanks to her frequent wardrobe switches.

“That happened frequently, where she almost didn’t make it,” Paisley shares during a recent appearance on Watch What Happens Live. A (virtual) audience member asked the country star about the pair’s “Oh, crap!” moments during their decade-plus of co-hosting, to which Paisley answered that only once did Underwood completely miss a cue.

“There was a moment one year where Carrie could not get her dress on, and so I basically … had to kind of edit an entire script without her out there and read, like, what would have been her lines, and had to do the math in my head … and then read the whole thing by myself,” Paisley explains.

“She was still getting zipped back there,” he adds, “and she was having a conniption.”

Paisley and Underwood first co-hosted the CMA Awards in 2008. Through the years, their rapport grew stronger, and the two friends became known for their spot-on parodies and feisty onstage quips. In 2018, with their 11th show together, they surpassed Vince Gill as the CMAs’ longest-tenured hosts.

In 2019, Paisley was replaced as Underwood’s co-host by Reba McEntire and Dolly Parton for a ceremony that was billed as a celebration of country music’s women. Underwood announced shortly thereafter that she was stepping down as a CMA Awards host.

The 2020 CMA Awards will be co-hosted by McEntire — her fifth year as a host of the show — and first-time host Darius Rucker. The annual event is set for Nov. 11 in Nashville.